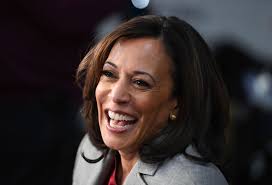 Vice president elect, Kamala Harris, embodies the best of San Francisco Values as she has shown throughout her public service career. An example is easy to observe through the eyes of all who know her.

President elect Joe Biden selected Harris as his running mate after a summer of frustrations over the coronavirus pandemic and protests for racial equity.  Harris had been a leader on both fronts, helping draft Democrats’ legislation on police reform and focusing the party on the disproportionate effect of the pandemic on Black and Brown people.

“My mother, Shyamala, raised my sister, Maya, and me to believe that it was up to us-and every generation of Americans-to keep on marching. She’d tell us, `Don’t just sit around and complain about things. Do something. `”

Harris follows the mantra she made to herself with:

“Every step of the way, I’ve been guided by the words I spoke from the first time I stood in a courtroom:

Kamala Harris, for the people.”

Geri Spieler is the co-author of San Francisco Values: Common Ground For Getting America Back On Track     (Palmetto Publishing Group)